A Few Alleged “Trump Lies” and the Need for Website Traffic 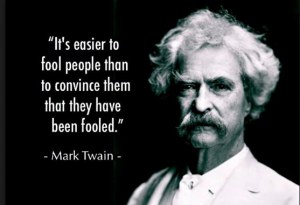 Anti-Trump rhetoric has been flooding the media, with Hillary supporters attempting to use multiple “sources” as their ammunition. Recently, a Hillary supporter presented a blog post on Trump Supporters Facebook page, alleging that Trump lies repeatedly. In a rambling 101 point bulleted list, the propaganda-loving leftist website “Daily Wire” likely thought they had a slam dunk article full of Trump lies that no one would refute. The lies about the lies were a sure hit to get website traffic, but that’s about all.

We reviewed some of the ridiculous Trump lies that were designed to draw in readers by the “Daily Wire” website. We found numerous blunders, mistakes, and outright cringe-worthy allegations.

Here are a few of the alleged Trump lies reported by the “Daily Wire”:

1) “Trump held up a magazine, claiming it was Trump magazine: “”This comes out and it’s called The Jewel of Palm Beach and it all goes to all of my clubs. I have had it for many years. It’s the magazine. It’s great. Anybody want one?” Trump Magazine folded in 2009.”

Here is the link to Palm Beach Media, where one can advertise in Jewel of Palm Beach magazine. The “Gawker” is the source that printed the original tidbit on their website.

“March 30: Trump claims MSNBC edited their released version of his interview with Chris Matthews in which Trump stumbled on abortion:  “You really ought to hear the whole thing. I mean, this is a long convoluted question. This was a long discussion, and they just cut it out. And, frankly, it was extremely — it was really convoluted.””

Daily Wire is claiming Trump told some sort of lie, pointing to an article with a version of the abortion conversation.  Trump was telling the truth. There were no lies within his statement which pointed out that the discussion on abortion was long. He didn’t give definitive “punishments” for women who have abortions and would not play into Matthews’ trapping games.

However, while the Politifact website also attempted to show Trump as a liar, here is the “effective unemployment” statement found on Wikipedia:

Further, consider some of our examples of “employed” individuals who may rank as “employed” by US Labor Statistics. You decide if the data is missing a few [thousand] people.

Michael owns a small architecture business, and he gets hired for contract work to renovate buildings. He’s had no business in 8 months, yet he still maintains status as an Architect and markets himself to find work. Is he counted as an “unemployed person”? Not in the eyes of the government.

Real estate agent Tom works for a real estate brokerage as an independent contractor. He has not had a closing in 15 months. He paid his licensing fees to the state, and is still considered a “statutory independent contractor”. Tom is legally not allowed to be called an “employee”. Is Tom employed with a job and counted in the US Labor Statistics? Yes. Even though he’s not working, and borrows money from family for food and rent.

Mary Kay representative Sheila has been selling cosmetics for 8 years. This year, she sold 8 lipsticks and 2 nailpolishes.  She actively networks on Twitter, and works on her website daily, hoping to gain new business. She is suffering with no income, and is about to be foreclosed on. Is Sheila considered “employed” by US Labor? Yes.

Are Labor Statistics accurate, considering the government has the ability to embellish them for political ranking? Can the numbers be trusted? If not, how can anyone give an accurate number of “employed individuals” in the USA? Have you looked at the difference between independent contractors, statutory independent contractors, employees, and unemployed through unreported means? This article may open your eyes to start asking questions about how accurate the numbers really are. How do we know that Trump’s numbers aren’t accurate when he discussed unemployment at 20%, considering the controlled numbers and different classes of “employment?

“March 3: Trump claims the wives of the 9/11 hijackers “knew exactly what was happening” and returned to Saudi Arabia two days before the attacks to watch their husbands on television flying the planes. The 9/11 Commission report stated that none of the hijackers had a wife, girlfriend or family member in the United States during the days or months leading up to the hijackings.”

The wife of a highjacker went into a Broward County Courthouse to pay tickets of her terrorist husband.

Ziad Jarrah also had a girlfriend who lived in Germany, but had visited the United States.

Two months after the attack in 2001, the Telegraph reported:

“German investigators have issued international arrest warrants against three other people who lived in Germany and who they believe provided vital back-up to the Hamburg cell. They are thought to have fled to Pakistan days before the attacks.”

Is this a lesson in questioning the 9/11 Commission Report?

The Daily Wire specifically claims that they found over 100 lies coming from Trump. After reviewing multiple points on their alleged “lie list”, many just turn out to be statements made against Trump that contain no lies at all, no links to sources, and all together consists of a simple rant session with numbered paragraphs. In fact, we cannot rightly get through half of it, due to the insane nature of the allegations, which are aimed to defame Trump.

The Democrats are getting desperate for tactics that can not only hurt Trump but increase their website traffic, thereby bringing in reader subscriptions. We are remaining confident that Americans are now getting used to the nonsense, and can quickly debunk the comical claims and move on.