Phillip Blair, street preacher at Torch of Christ Ministries, is known for his spirited street preaching of the biblical message of Christ. He has been bullied, harassed and spit on, all for one reason: many don’t like his Christian message.

On Inauguration Day, street preacher Blair covered himself in sackcloth and ashes at the Capitol, and set out to send a powerful message of salvation in Christ: “The United States must repent.” The result was a paralyzing reminder of how dangerous it can be to preach the Bible. Within a short period of time, Phillip Blair was surrounded by law enforcement, who suspected him to be a suicide bomber. He was told there were snipers pointed at him.

(Click here to learn the Christian meaning behind sackcloth and ashes.)

Crowds were warned to move back as police moved in closer and blocked the streets. Fellow Christians stood nearby continuing to pray and preach, exercising faith in their purpose. A police officer who seemed to have a hard time listening to the explanation of the demonstration, patronized one of the cameramen who accompanied street preacher Phillip Blair and friends. She suggested repeatedly that there would be reason to be suspicious of Blair’s preaching. In an effort to get the Preacher’s friend to admit that they must appear dangerous, it was likely to ward off potential accusations of discriminatory religious bias. In short, if they could get the Christians to admit that they appeared dangerous, no such claims of mistreatment could be used against them in court, lest they be reminded that even by their own admission, they knew they would be perceived as a threat. 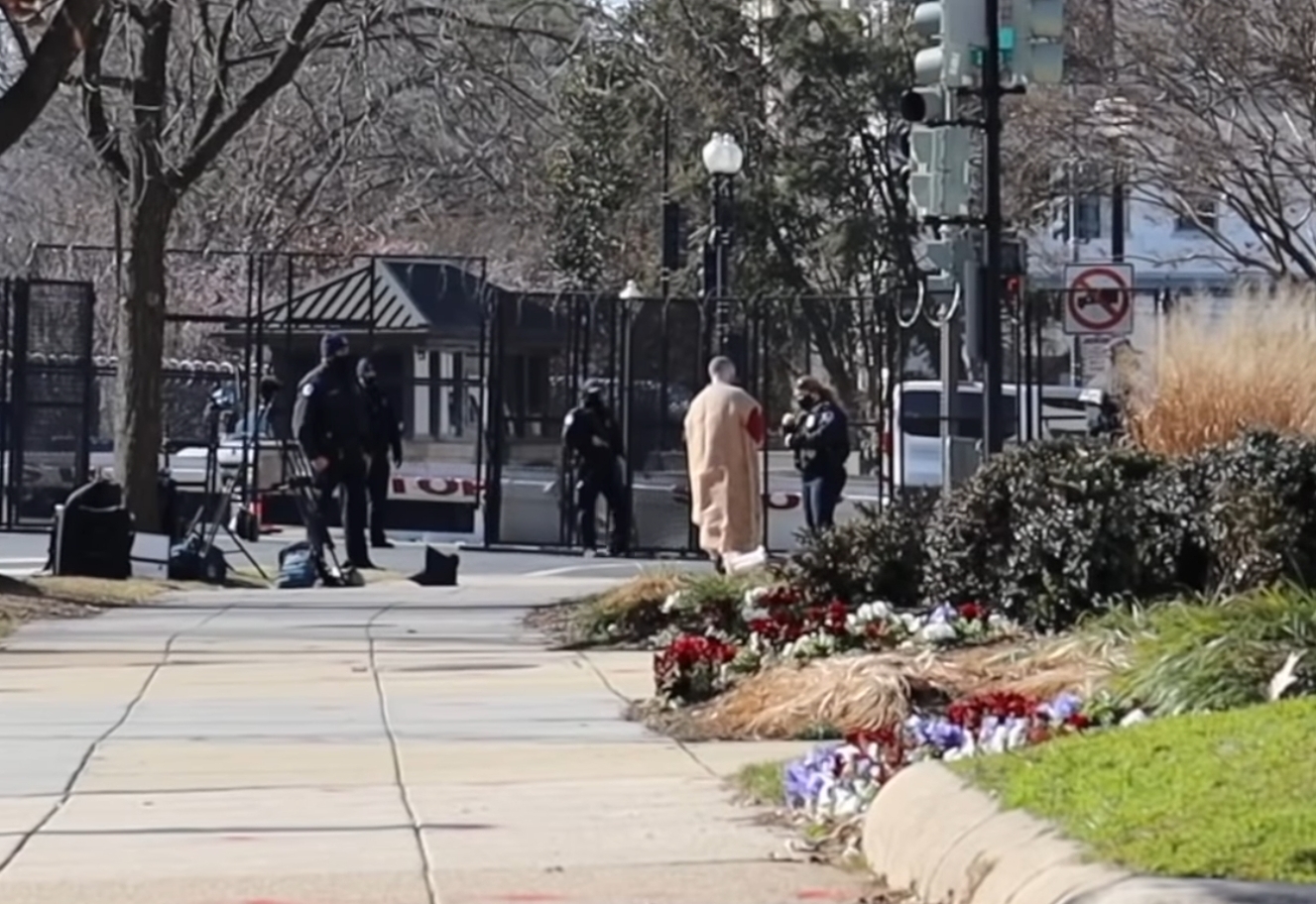 Christians Refuse to Stand Down

With free speech now at risk of becoming a thing of the past, Christians have embraced the command given by Christ to go therefore and make disciples. We are at a critical time where society has become void of morals. Many have been awakened to the true level of overwhelming corruption uncovered in government. Recent events have resulted in a significant increase of street preaching Christians rising up to convey messages of hope, faith, and calls to repentance.

Matthew 28:19-20 Therefore go and make disciples of all nations, baptizing them in the name of the Father and of the Son and of the Holy Spirit, 20 and teaching them to obey everything I have commanded you. And surely I am with you always, to the very end of the age.”

As the number of street preachers and ministries greatly expands, a more powerful message is conveyed to the godless who continue to attempt to bully Christians into silence. With a strong sense of pride in Christ, His followers have made the message clear: “We will not stand down.”