With sirens blaring, a Sacramento anti-Trump & anti-police protester took his shot at fame and dove like a gymnast onto the hood of a police vehicle that was trying to make it’s way out of a crowd, with more police headed toward the same area. The protester is seen flipping middle fingers to the police officer, and refusing to move. 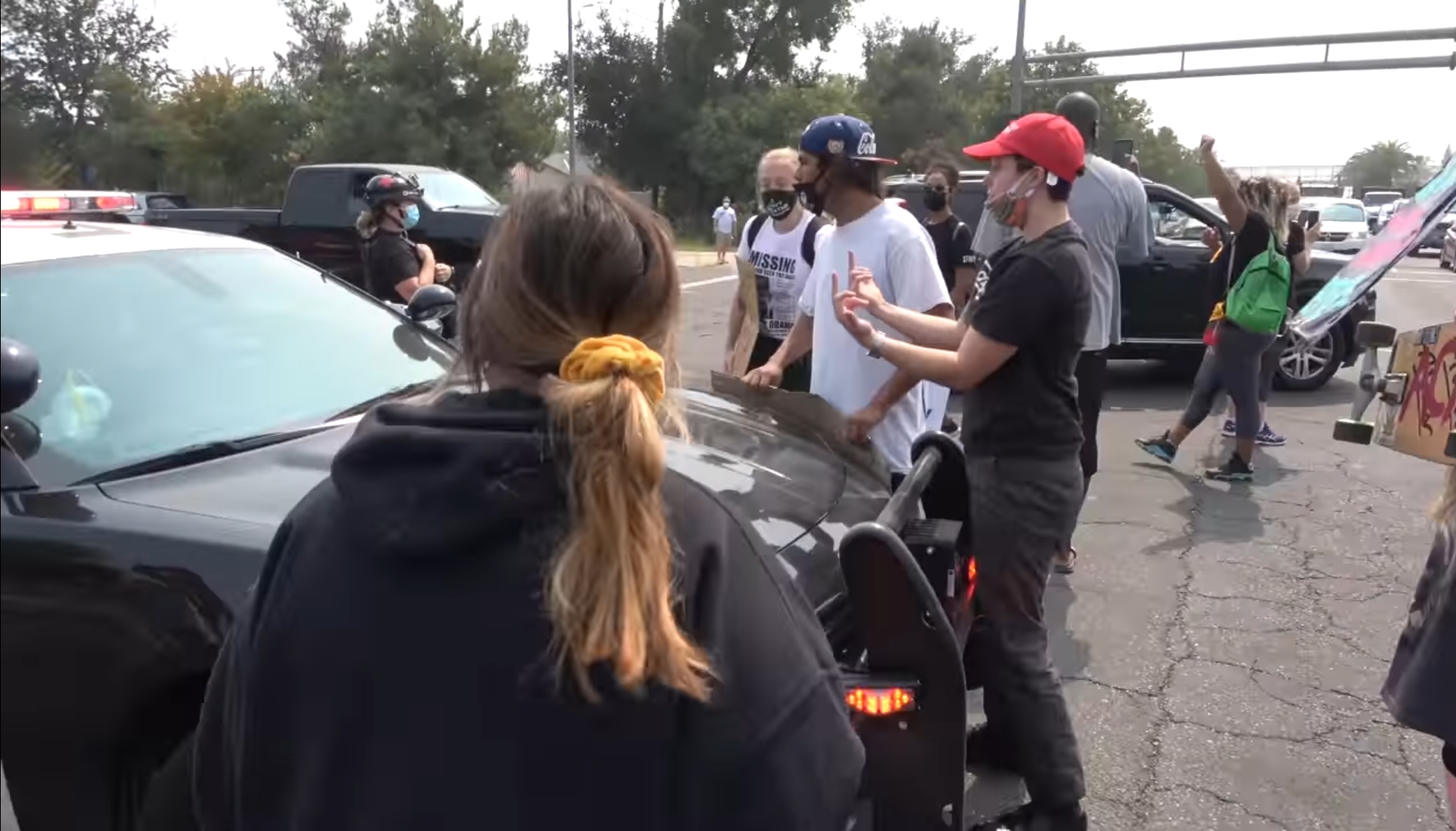 The officer puts the sirens on and gives clear warning as he’s surrounded by the mob and needs to move. The protester tries to swan-dive the hood as the officer stepped on the gas and continued onward, and the protester is catapulted into the air. A second police cruiser rolled up to the intersection and did a ring-around-the-rosey around an onlooker sitting stationary in the middle of the intersection, and then continued in route. More police officers came from an adjacent street and continued past the chaos.

Screaming police haters vocalized their dismay and shock that the police car sent the man flying before he bashed violently onto the pavement.

Later, a spokesperson for protesters was furious that the police officer did not protect the protester and stop to check on him, even though he took it upon himself to hurl himself onto the cruiser. She stated they were peaceful, however a second video shows a vehicle being punched and beaten on by Trump haters.

The event took place outside of McClellan Airport, where protesters gathered to protest Trump’s visit with Gov Gavin Newsom to discuss the wildfires.

Two videos show different angles of the human catapult and police activity in the area.