After 100 days of protests, a Portland Rioter who burned with rage against police, got more than he bargained for in another heated Black Lives Matter protest-turned-riot. Police in riot gear lined the streets awaiting the crowd to disperse. As protesters chanted “F— the police,” Molotov cocktails were fired toward police and mini explosions rung out. Suddenly, a man caught fire and began running around in circles. Another man with a bullhorn continued yelling, “This is what democracy looks like!” The man with fire shooting up his legs wriggled around on the ground in a fast “stop, drop and roll” effort, as police ran up in hot pursuit to extinguish the flames. Police quickly declared a riot zone and commanded the crowd to clear, in efforts to regain control. 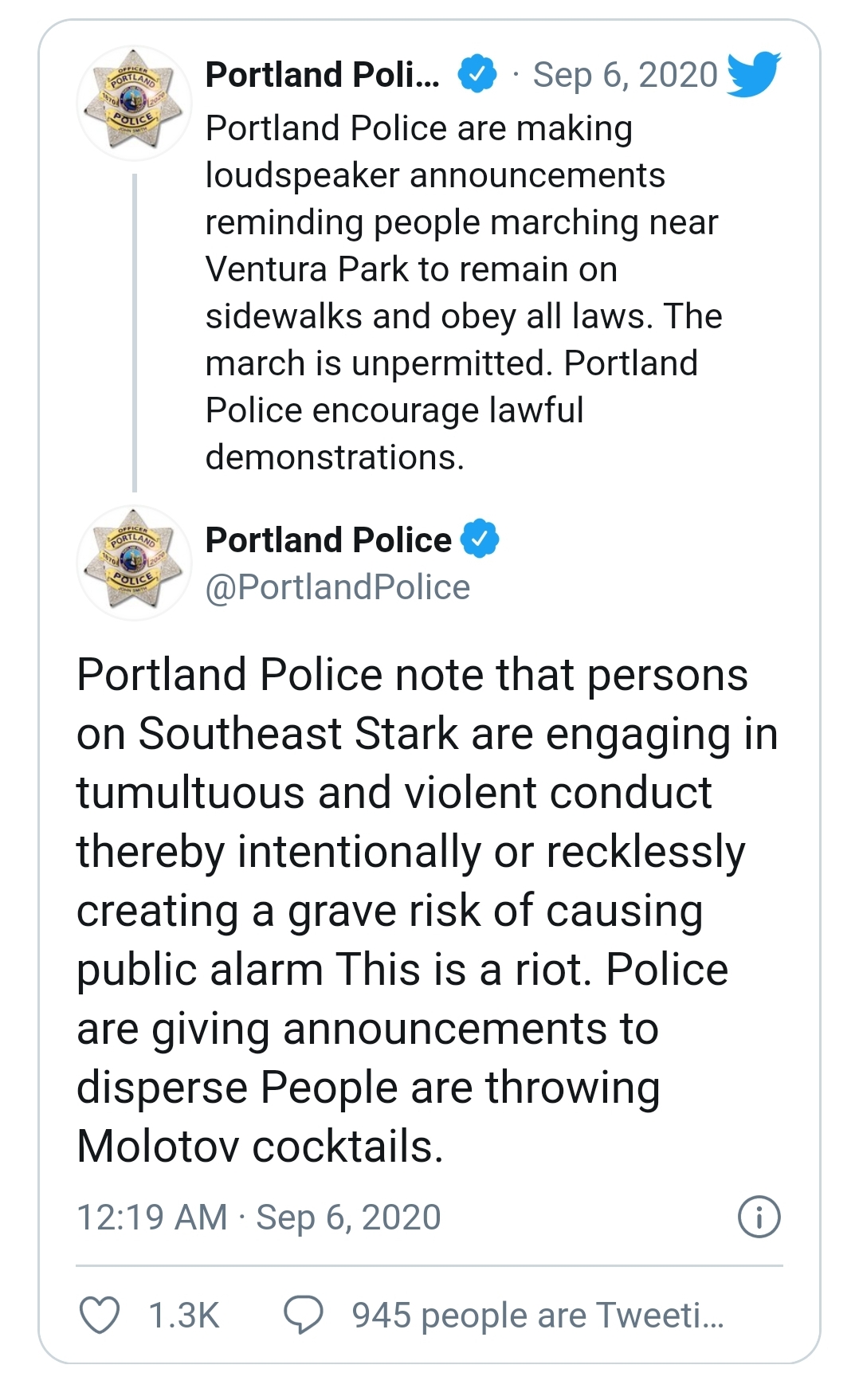 Youtube’s THAT’S THE POINT with Brandon  posted the video footage.

Katu News notes that a riot zone has erupted near Ventura Park, fireworks have been set off, and tear gas has been utilized. The crowd appeared around 7pm, Sunday September 6th. 59 arrests have been made so far.