January 2021 marked a pivotal moment in history that Americans will likely never forget. The President of the United States has been banned permanently from the Social Media giant, Twitter. Facebook has also shut down the President’s ability to post updates, including on Instagram.

Twitter, a known Liberal social media platform, is widely recognized as a viciously anti-Conservative hen house of trolling keyboard warriors. Long-time users find the app to be full of venomous hate against all things promoting Conservative or Christian viewpoints. Users are permitted to berate, attack, provoke, and demean other users, while using fake names & remaining anonymous. It is largely attractive to “trolls” around the world who vastly outnumber Republicans and Conservatives. Twitter has done nothing to prevent such attacks, yet has blatantly silenced President Trump, alleging violation of terms of service.

As Conservative & Republican channels, social media pages, and websites begin to become known and grow exponentially, Trump’s Supporters have been placing a solid focus on where to go next to follow upcoming messages from Donald Trump.

Parler is now attracting brand new followers who have had enough of the Liberal run Social Media sites. While the app has been recently removed from Apple, Amazon and Android, the dotcom website is still up and running, and having no trouble attracting new Subscribers. It is known for it’s support of free speech and denouncing of Republican censorship.

“The cowardly authoritarians at Twitter booted president Trump from Twitter for 12 hours. What a bunch of cowards.”

How to Use Parler

Audrey from Social Media 4 Beginners on Youtube, provides a full Parler tutorial here. Because the app was removed, we are providing you with an instructional on the actual dotcom www website to be used on your regular browser.

Gab Gets Swamped with 35M Members in 7 Days

Gab CEO (Twitter @getongab) is seen on Twitter retweeting Christian posts and standing up for free speech. Within the last hour, he states:

“It’s an honor to serve you guys, and to serve the world and to serve this cause; this very important cause of defending free speech, and the free flow of information on the internet for all people. So please be patient, we’re working diligently, we’re working quickly to get these new servers spun up, and I also encourage you to check out GabTV, which is our new YouTube alternative.”

Go over to Gab.com and check them out.

Another website many are joining is MeWe, which boasts “No ads. No Spyware. No BS.” MeWe is a bit different and is not free. There are upgrades you can purchase in the app, and as of January 2021, the Premium version is $4.99 USD. 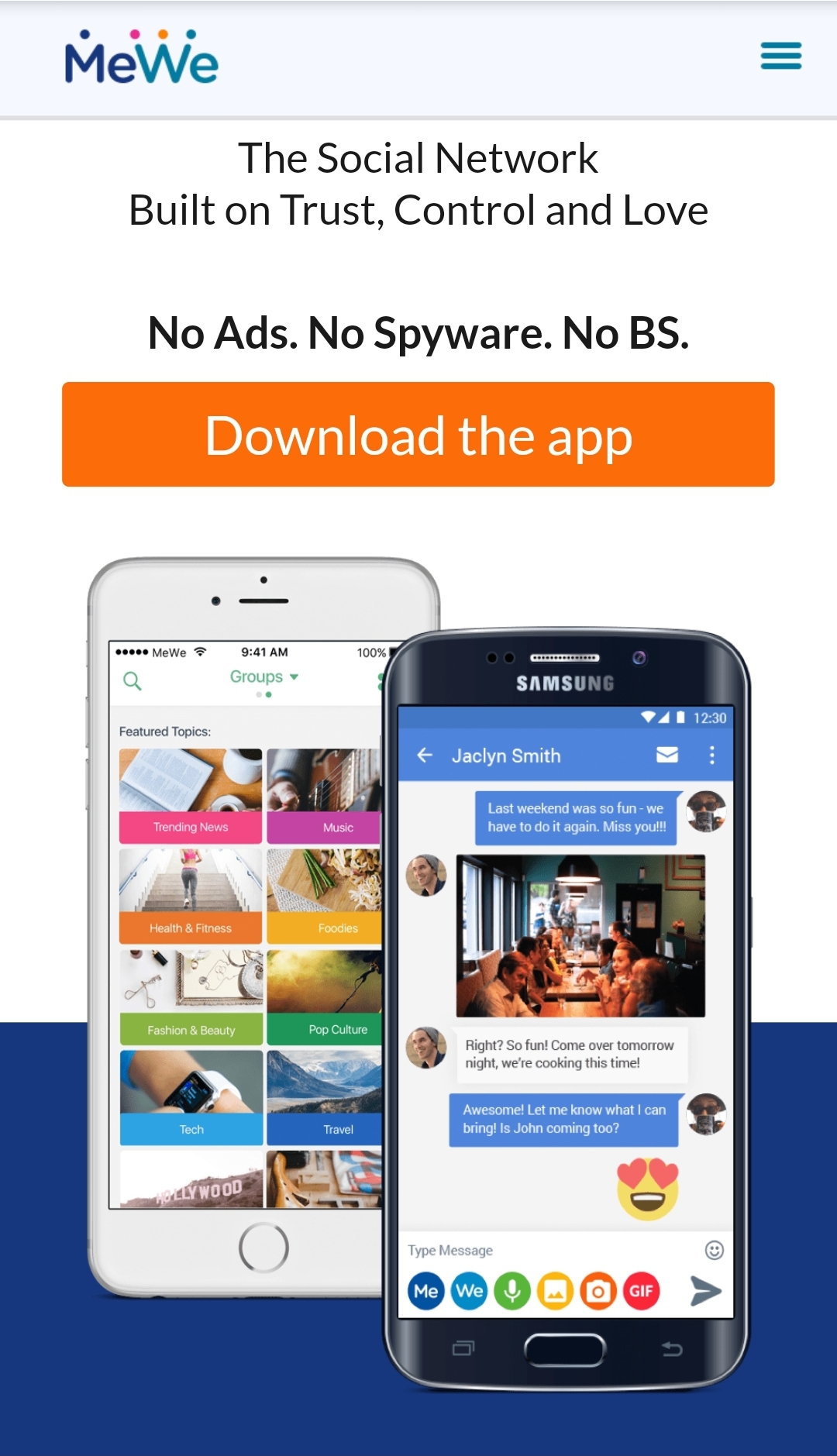 Many on social media are outraged by the bans by Twitter & Facebook, and have announced their departure. The hostility has been brewing for a while, ever since Facebook and Twitter began doing “fact checks” against Republican & Conservative posts, stating so many were inaccurate. The straw that broke the camel’s back was when the founders knowingly not only silenced Trump, but his followers.

With so many leaving all together, this may drastically affect the income from advertisers on the platforms, as well as stock. While a few of these platforms have been sitting on the sidelines in a “break-glass-in-case” scenario, the time has finally come where Republicans and Conservatives have become so repulsed by the left wing tactics, that their mass exodus will indeed show big tech that Trump Supporters will not be silenced anymore.

The Ben Shapiro Show released a January 8, 2021 backlash firing back at Facebook regarding the Social Media ban.