A massive gathering of over 10,000 people in Portland took place on 8/29/20 and over 3000 vehicles celebrated Trump in a historic driving rally.

Open N Review YouTuber states, “Oregon has a huge silent majority and they are no longer silent.”

“We pray for our President and we pray for America…. This is not a protest. This is a celebration of our Freedom.” -Twitter @AlexKyzik 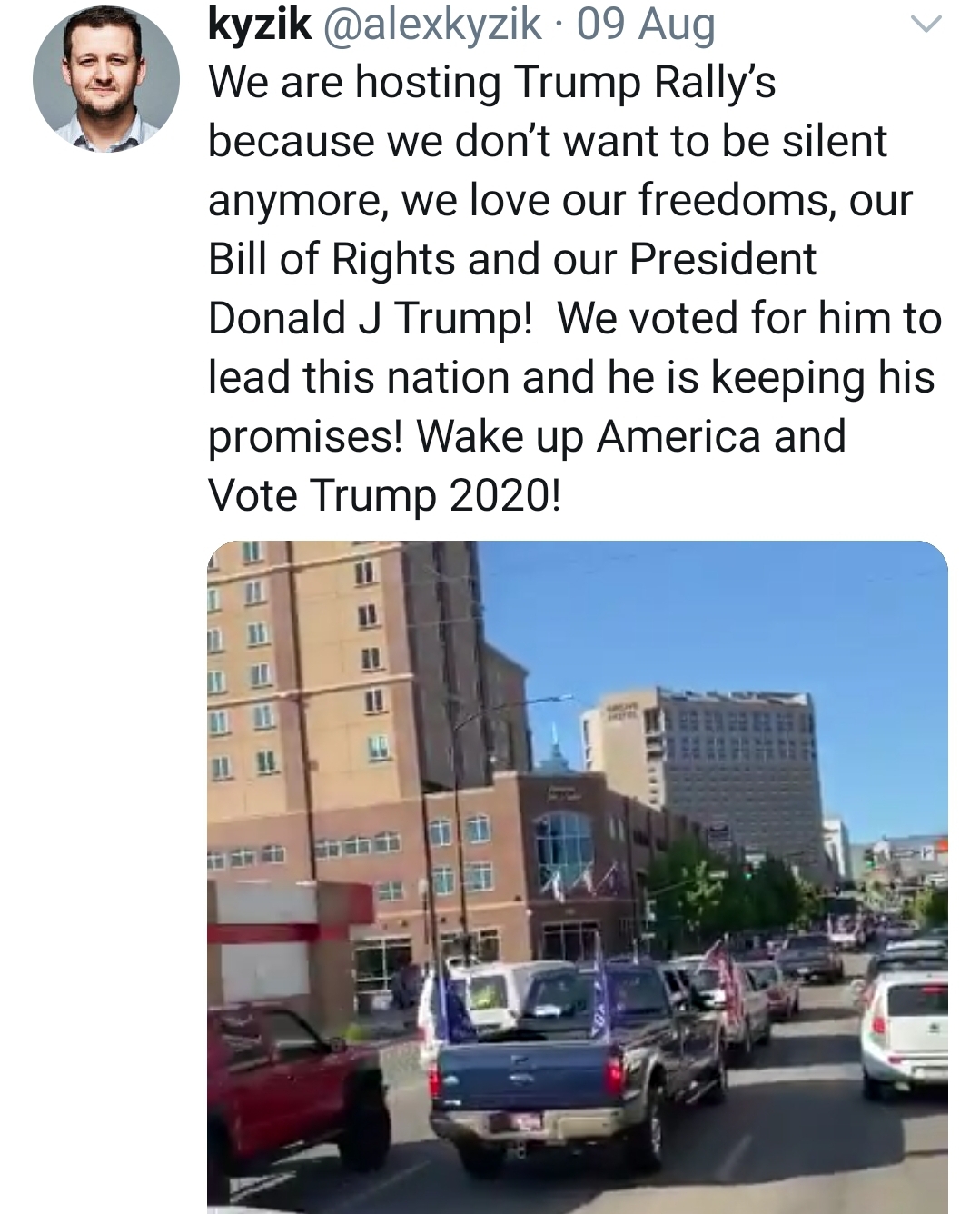 Start a Rally in your State: Get your Trump flags here: