President Donald Trump has made history as the first sitting United States President to step into North Korea. Trump walked across the demarcation line to meet Jong-un half way, with little notice of his arrival.

“I have never expected to meet you at this place! You are the first US President to cross the line!” -Kim Jong-un

“President Trump has just walked across the demarcation line, that made him the first US President to visit our country! This is an expression of his willingness to eliminate all the unfortunate past, and open a new future.” – Kim Jong Un

“I just want to say that this is my honor. I didn’t really expect it. We were in Japan for the G20, we came over, and I said, ‘Hey, I’m over here, I want to call Chairman Kim. And we got to meet, and stepping across that line was a great honor. A lot of progress has been made. A lot of friendships have been made, and this has been in particular a good friendship, so, I just want to thank you. That was very quick notice, and I wanna thank you.” -Donald Trump 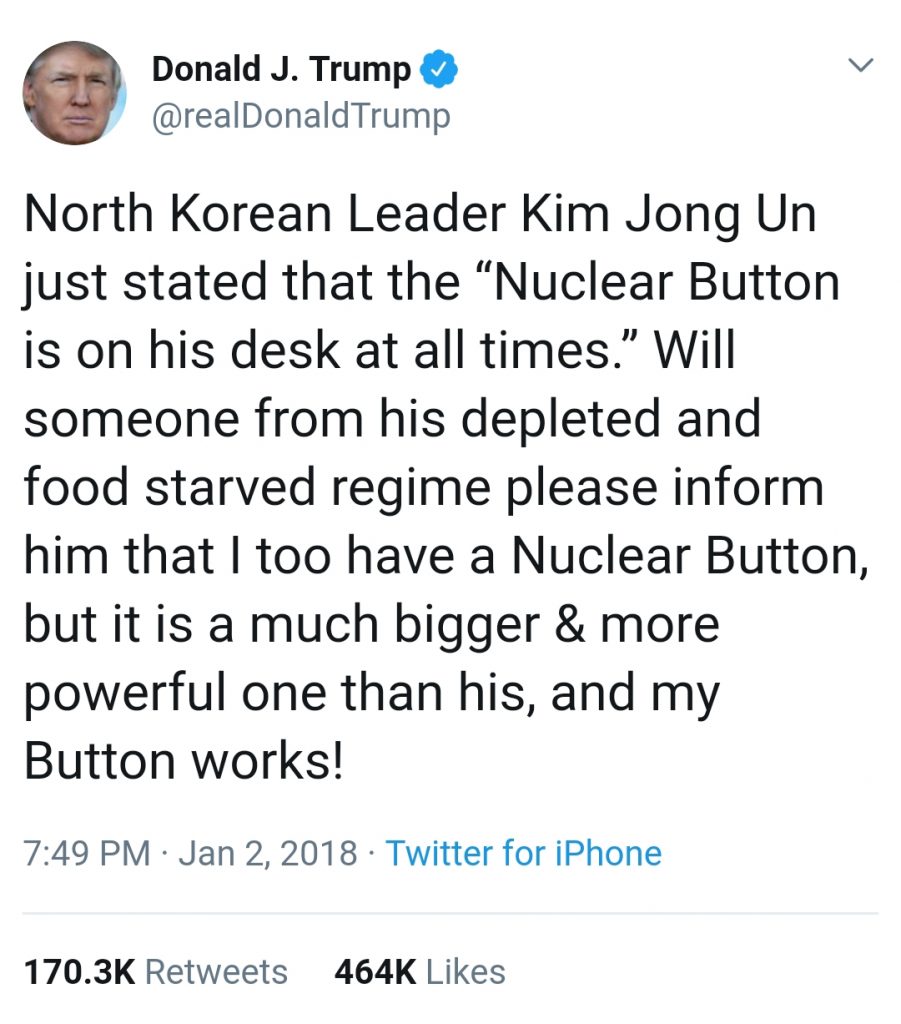 Here is the July, 2019 meeting with Trump and Kim Jong-un.