Donald Trump Book Release: “Our Journey Together” & New Hint at 2024

Donald Trump has just announced the release of his beautiful new photo book, “Our Journey Together”– a large, full color book of over 300 pictures of the 45th President of the United States. The book begins shipping this month and we are proud to support Donald J. Trump in providing you access directly to the link to order. 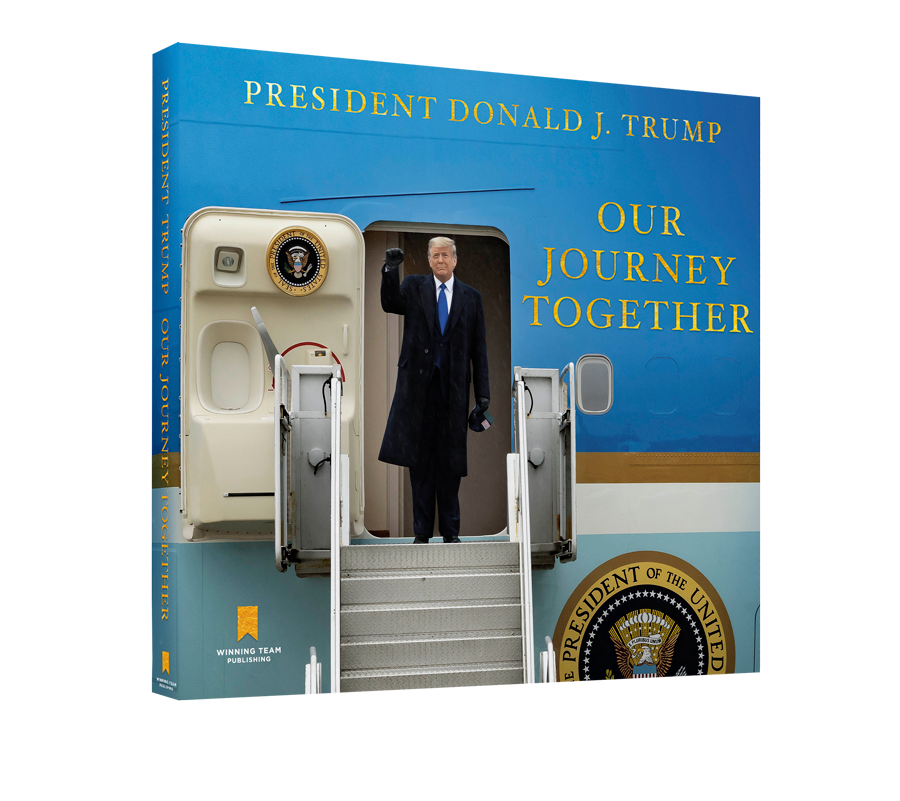 In a recent podcast last night with Hugh Hewitt, Trump was asked about a possible run for Presidency in 2024. Yet another hint was made which may provide some hope for Trump Supporters.

Hewitt: “You know your base better than anybody. You know the people who come to the rallies. If Donald Trump decides not to run in 2024, who out there will that base flock to?”

“If I do decide that, I think my base is gonna be very angry. They will be very angry. I think we have a couple of people who would be very good… but it’s very early. It’s very, very early…” – Donald Trump

Trump would not answer questions on who else would be a good candidate, emphasizing that he believes we will have a great 2024.

Several other subjects were raised including Biden, Putin and more. Listen to the latest interview of Donald J. Trump below.