Is the World Really Laughing at Americans?

If you’ve wondered if it’s true that foreign countries are laughing at America, here are some perspectives you can consider.

Random areas were chosen in efforts to see what others think of Americans. What are the stereotypes about us? Are we friendly? Are we educated? Are we being laughed at? How does the world view our positions in terms of getting involved in other country’s affairs? What does the average citizen think?

Watch the string of videos below for a look at how foreign people view the United States of America.

The Germans make a great car and have awesome technology. Many Americans even take great pride in their German ancestry or German made belongings. What do they think of us?

Amsterdam speaks out on their view of our reputation.

What does Russia really think?

Do you think you already know how Palestinians view Americans?

Do they really make money off of us? Do they like us?

What’s on the minds of the Japanese?

Are you more or less proud to be an American after seeing these videos? Are the opinions what you expected? Leave a comment! 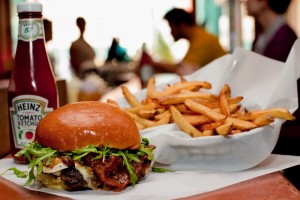 Lastly, ask yourself how Trump can help change the image of America to the rest of the world. It is time to get some new adjectives to define our nation. Wouldn’t you agree? Do you think Hillary Clinton could change the world’s view of America if she became President? Or would we be stuck in the same stereotype for several more years to come?